Do you believe that marriages are made in heaven?

14 Jan Do you believe that marriages are made in heaven? 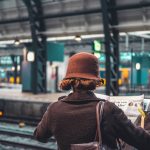 We are excited to announce the new release of Reverend Steve Donald’s book Marriages are Made in Heaven. In its introduction, he shares how God continuously guided both he and his future wife, answered their prayers, and brought them together. We think that anyone will find hope in this passage, whether it is hope of finding a partner or simply another area where you seek God’s guidance and intervention:

She was travelling up for an interview from London to Lancaster. She had recently returned from Africa after a very painful experience and was seeking to start a new life. On the train she felt strongly that not only would the interview go well in Lancaster but that she would meet her future husband in that city. And it happened just like that. Well, maybe not exactly. She didn’t know the details and of course she didn’t know his name yet! She just had a very strong impression that this was going to happen. And it did! I am the man she met and married.

Not everything went smoothly, of course, although looking back we can trace the working of God. Joan, the host of the home group where we met in Lancaster told Gloria that she thought I was ‘married to the church,’ but in fact I was beginning to feel I would like to be married if I could find the right woman. This impression was boosted by an amazing prayer meeting. Working in Lancaster for a schools ministry connected to Capernwray Bible School I began meeting the Christian head of Religious Education in my local school each Friday to pray for the work. We had three prayer requests for the Lord on one occasion. John (the RE teacher) needed to visit his dad in Australia who was seriously ill, I needed a replacement car for visiting schools and John said he felt we needed to pray for a wife for me! As I recall, all three prayers were answered positively within a few weeks. In fact, the very next week a Christian called Reg who didn’t know about my need of transport rang me and asked, “Steve, do you know of anyone who needs a car? I’ve bought a new one and I have my old one going spare,” John was able to go to Australia through an unexpected gift and shortly after the prayer meeting Gloria joined the home group I led.

There were still hurdles! I remember my marriage proposal, which did not go to plan. Since Gloria and I spent much of our time together in the nearby seaside town of Morecambe I thought I would do the traditional thing and book a posh restaurant there and get down on one knee and ask Gloria to marry me. Sounds straightforward and simple? Not at all. The evening arrived and the moment drew close. The violinist was doing his magic and I felt the pressure building to make the proposal. I was just about to begin when a couple on the next table started a very noisy row. I thought, “Is this a sign from God?” Anyone who has experienced the extreme pressure of this situation will understand how I felt. So, I suggested we go outside and get some fresh air, thinking that maybe my courage might be invigorated by the sea breeze. We walked along the sea front arm in arm as it began to rain so we sat in one of the shelters. I felt the tension rising again as I knew I just had to go for it. Literally as I was about to speak, there was thunder and lightning! Once again, I thought “Is this a sign from God?” Casting all care literally to the wind, I spluttered out the words, “Gloria … will you marry me?” No more thunder or lightning followed, only a silence which seemed to last forever. Then a delicious small sweet voice filled the silence, “Yes, I would like to very much.”

Our courtship had lasted just over a year, but we were married within three months on the 25th February 1984 at St Thomas’ Church in Lancaster and honeymooned in Anglesey, North Wales.

The beauty of Rev. Donald’s book is that he isn’t afraid to tackle the question, “how is the sovereignty of God in all things is to be understood where human choice is involved?” We think you will find his musings and conclusions both comforting and instructive. 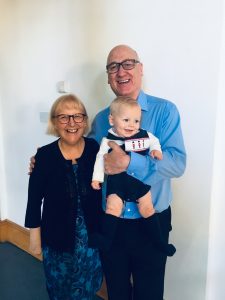 Reverend Steve Donald has spent over thirty years in pastoral ministry in urban parishes in Cheshire, Yorkshire, Lancashire and Cumbria. He is married to Gloria and has two daughters and three grandsons. He spent three years working as a teacher in secondary schools in Liverpool and Nottingham. Before ordination he worked for five years as a schools worker in Lancaster for a trust connected to Capernwray Bible School. Born in the North-East of England of mining background, he now lives and works as a vicar in Carlisle.

In this book, Reverend Donald argues that the mystery of God’s sovereignty and human responsibility is the secret of 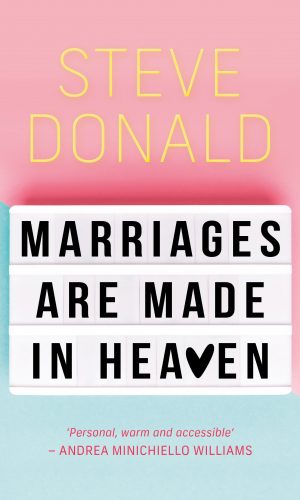 success in marriage and singleness. First, he leads us through the biblical framework for seeking God’s guidance in relationships, by making Christ the main thing. Then, in the marriage of  John and Mary Newton and the singleness of John Stott and Frances Whitehead, he shows us how we can live for the glory of God and the blessing of many, no matter what our circumstances.