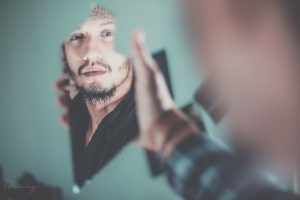 Does the world seem upside down to you? Even the most normal of norms seem to be questioned; the most basic of truths thrown out for more progressive ideas. Lest we be careful, this upending of foundational principles can seep into the Christian’s thinking, bringing doubt and confusion. Today we have the privilege of hearing from EP author and Pastor Terry Johnson who brings together his knowledge of history and theology to speak to what is true, specifically what is true about our identity in Christ. Enjoy!

The questions of “Who am I?”, of who we are, have emerged in recent years as tragically confused issues and consequently ones of crucial importance. Modern man, particularly the elite opinion makers, deny any certainty about anything except that there is no certainty. We are told that we are products of chance, existing by the random collusion of blind forces. As a result, we cannot know the most basic fact about ourselves, that we are creations of and accountable to our Creator, made in all of our earthly endeavors to glorify and enjoy him.

From this basic agnosticism flows confusion about a host of other foundational identity markers. We cannot know, for example, if we were designed for intimacy with a member of the opposite sex or the same sex. Remarkably, we cannot even know if we are a man or a woman. The repercussions of this crisis of identity are vast. Humanity is in territory unchartered by the past 6000 years of recorded human history. Inevitably, many lives will be ruined as identity is sought in that which is in conflict with reality, the reality of the Creator’s design.

Christians need not be sucked into this abyss of life-destroying confusion. Thankfully God has revealed our identity both in creation and redemption, both in nature and in His word. He has created us with a particular design. He has redeemed us in Christ that our intended design might be fulfilled. My book, Who Am I?, provides the Christian answers to the question of Christian identity. The elements of identity are multifaceted. In the same way that I may simultaneously be a son, a brother, a husband, a father, a co-worker, and a citizen, so it is that a Christian may all at once be a spiritual son, a servant, a soldier, a sojourner, a sinner, and a saint.

My primary identity is: I am a disciple of Christ. I am not defined primarily as a Johnson or a Jones, as a business executive or a garbage collector, as a Republican or a Democrat (Tory or Labor, if you please), as a graduate of a high school or Harvard, as a white man or a black man, or any other worldly criteria. Nor do I assess others on the basis of external, worldly categories. Who I am is simply this: I am a disciple of Christ. I aspire nothing more. 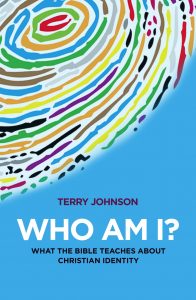 Do you understand the various layers of Christian identity? We invite you to come explore “who you are” with us in Terry Johnson’s new release Who am I?  Building on the Scripture teaching of the creation of the human race and the effects of the Fall, he shows that we need a proper theologically balanced understanding of the elements of salvation, and a clear understanding of how the biblical pictures of the Christian need to be held together.  152 pages  |  £7.99  |  $11.99  |  Available now in the UK here and in the US here 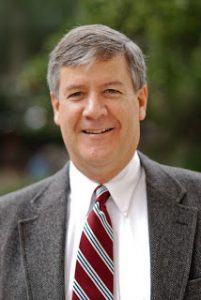 Terry Johnson was born and raised in Los Angeles. He studied history at the University of Southern California, and also studied at Trinity College, Bristol, England, and Gordon Conwell Theological Seminary, before earning his D.Min in 2008 from Erskine Theological Seminary. He is ordained in the Presbyterian Church in America and has served as the senior minister of the Independent Presbyterian Church of Savannah since 1987. Terry is the author/compiler of several books, including  Worshipping with Calvin, Serving with Calvin, and Reformed Worship: Worship that is According to Scripture. He and his wife, Emily, have five children and four grandchildren.

identity, terry johnson, theology, who am i