In Sickness and in Health: the pastor’s pledge by Melvin Tinker

15 Jul In Sickness and in Health: the pastor’s pledge by Melvin Tinker 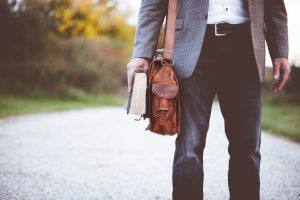 The great British classic film noir, ‘The Third Man’, serves as a metaphor for what happens in pastoral ministry when heresy is tolerated and orthodoxy is sidelined.

The story takes place in post-World War 2 Vienna. It centres on an American, Holly Martins, who has been given a job by his old friend Harry Lime. On arrival he receives the news that Lime is dead. Here is a spoiler alert. Lime has only faked his death. All along, Lime has been an opportunistic racketeer, stealing valuable, life-saving penicillin from Allied military hospitals. In order to maximise his profits, Lime dilutes the penicillin, the full horror of which is revealed to Martin when he is taken to a hospital to see brain damaged children who have received the tainted vaccine.

It is not too difficult to see the parallels with Gospel ministry.

The gospel is like the life-saving penicillin which is only effective when it is kept pure. Heresy is akin to the diluted vaccine and causes irreparable damage, in some cases accelerating the debilitating effects of sin, resulting in would-be believers becoming the spiritual equivalent of brain damaged children; in other cases, leading to their spiritual death. Furthermore, just as the tampering of the penicillin vaccine was in a way an affront to its discoverer, Alexander Fleming, so the tampering of the Gospel is an affront to its Divine Giver. Taking the parallel further, as the penicillin vaccine, though contaminated and rendered useless and dangerous, remains penicillin, so heresy arises from within the orbit of the Christian faith but distorts it in varying degrees so that is becomes deficient and threatens the Gospel
itself. Thus, heresy is distinct from outright unbelief, but could lead in that direction if not checked.

Far from this analogy being extreme it arises out of a biblical understanding of the task of a pastor and the nature of pastoral ministry.

The task of the Pastor

One of the clearest summaries of the role of a pastor is found in Paul’s letter to Titus.1 Paul’s overall concern is with right behaviour which arises out of right (‘healthy’-hugiano) belief leading to salvation brought about by the divine action of the Triune God (Titus 3:4-8).

Our English term ‘pastor’ is derived from the Latin pastor (‘shepherd’), which  Thomas Oden considers to be the central paradigm for the ordained ministry.2 As such, ‘The shepherd characteristically is ‘out ahead’ of them [God’s flock], not only guiding them, but [also] looking out, by way of anticipation, for their welfare.’3 The way in which the welfare of God’s people is ensured by the pastor is clarified when we understand more deeply what a pastor is theologically.

The importance of Orthodoxy –getting real

The task of Christian theology is ‘the attempt to know God in order to give God his due (love, obedience, glory).’4 Given that Christ is the ultimate revelation of that knowledge, the pastor’s task in teaching that ‘truth which leads to godliness’, is to witness to the ‘reality which is in Christ’ (which is another phrase for ‘orthodoxy’) and in so far as he does this he is a ‘minister of reality.’5

The Puritans tended to think of the pastor as a ‘physician of the soul’.6 Richard Sibbes, the ‘Sweet Dropper’ of Cambridge, depicts the church as ‘a common hospital wherein all are in some measure sick of some spiritual disease or other, so all have occasion to exercise the spirit of wisdom and meekness.’7

The picture of a pastor as a general practitioner is a helpful one for providing insight into the necessity of maintaining and promoting orthodoxy and resisting and correcting heresy.8  The pastor has a solemn responsibility for the health of the body of Christ for which teaching sound (healthy) doctrine is crucial together with ‘prayer for all the saints.’ To offset spiritual obesity and inoculate against disease, the congregation must be cared for by the pastor as he administers God’s Word whether in gatherings or through visiting.9  There is to be healthy exercise through public worship (orthodoxa- ‘right praise, right glorifying’) and loving service. ‘A church body that is awake and alive to what is in Christ has doctrine coursing through its bloodstream rather than idling in the mind.’10

If you are looking to dive deeper into this subject, I recommend my book A Lost God in a Lost World. This book unpacks in an accessible form the kind of orthodoxy that needs to be taught to our congregations to enable them to develop healthy Christian lives.

Melvin Tinker has served as Vicar of St John Newland since 1994, Melvin read Theology at Oxford University and trained for ordination at Wycliffe Hall. He has previously been curate at Wetherby Parish Church, Chaplain to Keele University and vicar of All Hallows, Cheadle. As well as speaking around the country and abroad, Melvin is the author of over fifty published articles dealing with a wide range of subjects relating to ethics and theology. He is also the author of several books, including, ‘Salt Light and Cities on Hills’ (EP Books), ‘Why do bad things happen to good people?’ (CFP), ‘Reclaiming Genesis’ (Monarch) and ‘Intended for Good- The Providence of God’ (IVP).

6 8 Reasons why we need the Puritans’- https://www.thegospelcoalition.org/article/8-reasons-we-need-the-puritans/

9 The Greek term for ‘visit’ both in the Old Testament (LXX) and the New Testament is episketomai (epi+ skopos) which is the root of episkopos, overseer. Such ‘overseeing’ involved ‘going and seeing.’