The Self-authenticating Nature of Scripture by Jeffery Smith

15 Jul The Self-authenticating Nature of Scripture by Jeffery Smith

Posted at 09:26h in Scripture by Graham Hind
0 Likes 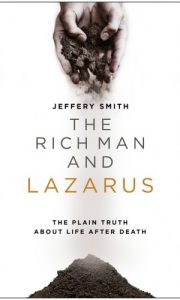 The Rich Man and Lazurus by Jeffery Smith dives into the theology of life after death, begging the reader to honestly evaluate their beliefs against the truth of the scripture.

The Bible itself is sufficient to compel belief in its own authority. God’s Word is not a dead word. It is the Word of the living God, who knows how to speak convincingly to us and, in fact, does so. The Reformed doctrine of the self-authenticating nature of Scripture is well summarized in the language of both the Westminster and Second London Baptist Confessions of Faith which read:

The heavenliness of the matter, the efficacy of the doctrine, and the majesty of the style, the consent of all the parts, the scope of the whole which is to give glory to God, the full discovery it makes of the only way of man’s salvation, and many other incomparable excellencies and entire perfections thereof, are arguments by which it does abundantly evidence itself to be the Word of God.

John Calvin made this point in a very striking way:

But with regard to the question, ‘How shall we be persuaded of its divine original [or origin], unless we have recourse to the decree of the church?’ this is just as if anyone should enquire, ‘How shall we learn to distinguish light from darkness, white from black, sweet from bitter?’ For the Scripture exhibits as clear evidence of its truth, as white and black things do of their color, or sweet and bitter things of their taste.

Someone may ask, ‘But if the Scriptures are self-authenticating why doesn’t everyone who hears the gospel believe and be saved?’ That is a very good question. When men refuse to believe the Scriptures, the problem is not that the Scriptures alone are insufficient to compel belief. It is not that the Scriptures fail adequately to attest to their own authority. It is not that God mumbled and stumbled and has failed to speak to us in a sufficiently clear and convincing manner. The problem is with the sinful bias of the human heart. Men, by nature, willfully refuse to listen and receive the voice of their Creator speaking to them because they do not like what he has to say. We willfully shut our eyes against the truth, suppressingthe truth in unrighteousness (Romans 1:18), unless the Holy Spirit does a work of regeneration in our hearts.

Therefore, both the Westminster and Second London Baptist Confessions go on to say, after emphasizing the self-authenticating nature of Scripture:

Yet notwithstanding, our full persuasion and assurance of the infallible truth and divine authority thereof, is from the inward work of the Holy Spirit bearing witness by and with the Word in our hearts.

This is why Jesus said, You must be born again, or you will never see and never enter the Kingdom. The word must come, The word must come not in word only, but also in power, and in the Holy Spirit and in much assurance (1 Thessalonians 1:5). Not the Spirit without the Word, but the Spirit bearing witness by and with the Word in the sinner’s heart. It is the Holy Spirit working with the Word who creates faith and opens the heart to embrace the Bible for what it is, the authoritative Word of the living God. The Holy Spirit doesn’t make it the Word of God. It is the Word of God and it sufficiently evidences itself to be. But because man is blinded and prejudiced against the truth in his sin, it is necessary that the Spirit comes in the context of the hearing or reading of God’s Word, and when he does his gracious work in the heart of the sinner, the sinful prejudices of his heart are subdued. The soul now sees and is convinced of what was already clear and true all along, not by some outside testimony, not by sophisticated philosophical arguments for the existence of God, not by some kind of external evidence being added to them, but because the Scriptures authenticate themselves to his heart. 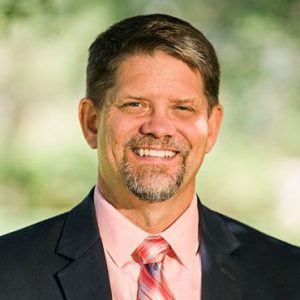 Jeffery Smith has served as a fulltime pastor since 1990. In 2009 he accepted a call to serve as a pastor of Emmanuel Baptist Church, Coconut Creek, Fl., where he still serves. In addition to his regular pastoral responsibilities, Jeff speaks at various conferences and serves on the governing board and as a lecturer for Reformed Baptist Seminary. He has been involved in ministerial and theological training in the U.S. , Dominican Republic, the Far East and Colombia. He and his wife Kelly were married in 2009 and have six children, four boys and two girls.

You can find him on Sermon Audio and his blog.